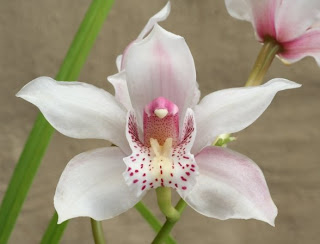 In a recent posting on an international forum, one of the worlds if not the worlds best hybridizers of orchids made a very bold statement. This is a part of his post.

‘I stand by my long-held position that about 50% of the Cymbidium species are worthless for hybridizing and just space wasters in a collection. They are as insignificant as the species fanatics who grow them in most cases. I would sooner have five different forms of C. insigne than 500 of the minor species in any of their color forms.’

Now I could have been offended by such a statement as over half of my orchid collection is composed of species Cymbidiums. It is interesting though. My first encounter with the person from which the above quote emanated was in nearly 30 years ago. It is amazing how knowing the particular characteristics of a person for such a long time tempers reactions and can even cause a bit of mirth.

In July 1980 my parents saw me off at . My poor Mother was doing her best to hold back her tears, my Father thankful that he was finally rid of another of his 7 children, four down – three to go. In the words of John Schumann from the Australian folk group Redgum ‘I was only 19’ (a slight underestimation but I had to use the quote). The thoughts going through my mind were torn, ecstatic at the thought of starting a new adventure and grieving as this meant that I would not see my family for three years.

This new adventure was the opportunity to go to to pursue the non-human love of my life, orchids. You see, the year before I had applied for the Eric Young Orchid Scholarship at the Royal Horticultural Society at Wisley (Woking, ). The address was burned into my mind. The blue airmail letter offering me the scholarship was tucked neatly and tightly in my carry bag. It was the physical reminder of my destination as I was desperately trying to let go of my physical attachments in . I cried half way across the . I stopped after that because it was obvious that the plane was not going to turn around.

The day I arrived it was cold and gloomy, little did I realise that this was normal weather in my new home. On descent from 38,000 feet we passed through 4 distinct layers of clouds, the lowest only several hundred metres from the ground and reaching almost right to the land surface. Thankfully, it thinned a little bit just before we touched down so the passengers and the pilot could see the tarmac. I was met at the airport by the driver from the and taken to temporary accommodation until my flat was ready. The lady of the house showed me to my room and asked if I would like breakfast. Being the polite American (yeah, yeah they do exist), the invitation was accepted. After a quick freshen-up breakfast was served up in the kitchen. Maggie said she had prepared a traditional English breakfast; Fried eggs, fried bacon, fried bread and weak milky tea. One look at it and my stomach wanted to void its contents. We never had fried food when we were growing up and you never had milk in tea!!! I ate it.

A whole two days after arriving and after being shown around the gardens and my new workplace I was whisked off to the RHS Halls at Vincent Square to steward the RHS Orchid Committee. My role was to record the names of the plants brought in for judging on cards, see if there were drawings of previous award winners related to the plant and physically walk the plant around to each of the Judges. The judges would then poke and prod the flowers and made affirmative or negative grunting noises. After this initial pass around of some persons carefully grown plant, the committee would do one of several things; dismiss the plant, call for a second look or discuss/argue its merits or otherwise.

The judges were, at least to me at the time, very intimidating. The Chairman was Maurice Mason, a hulking bulldog of a man who obviously intimidated the other judges as well as the steward. He clearly had a sharp intellect and vast knowledge of plants. He was always the first to suggest dismissal of the plant. Dr. Geoffrey Hercklots was my favourite judge. Dr. Hercklots was a slightly built, quiet and a very thoughtful man. Being the taxonomist of the group he would confirm the identity of the plant if there were doubts. He was always very generous to me and had no trouble forgiving my mistakes. I recognized Dr. Hercklots immediately as there was a picture of him examining a Phalaenopsis in the April 1971 edition of National Geographic. The article in National Geographic, entitled ‘The Exquisite Orchids’ is what really kicked along my interest in orchids. Every word and picture of that article is burned into my memory even to this day.

There were a gaggle of other judges that would come more or less regularly. Marcel Le Couffe, Joyce Stewart, Ray Bilton, Brian and Wilma Ritterhausen and Keith Andrews just to name a few. It wasn’t until the following spring, at one of the big flower shows that the originator of the quote in the first paragraph sailed into view. Periodically there were eminent persons from other countries. At this spring show it was Andy Easton from . From the minute he walked into the room you knew he commanded respect; the stance, the swagger, the ‘take charge’ attitude. Here was this handsome younger man with a great tan and a voice that would make an American sound like they were whispering and a laugh to match. This man was such a contrast to the others in the room. The much older, staid, porcelain-skinned, English judge’s seemed to demure to this man and hang on his every word, even though you didn’t really have to listen to be able to hear. I must admit it was great to have someone in the room who was not 3-4 times my age!

One of the memories of this meeting was a plant that I exhibited, Cymbidium Caroll (Alexanderi x eburneum). It is like a very large and shapelier C. eburneum. It was breed in 1927 but had been ‘lost’ to cultivation until I located a plant in the collection of the RHS Garden Wisley. Half of the plant went home with Keith Andrews. I have always wondered what happened to it. I have read that additional plants have turned up in . Could this have come from the plant at Wisley?

Being a steward of the RHS Orchid Committee has certain benefits. Besides being exposed to the luminaries of the field and some of the best plants in existence, I had access to all the past records of the committee. This included a hand drawn painting of each of the award winning plants. These were stored in cabinets in the judging rooms. Each month I would get to go through them to pull out images of past winners to compare them with the present offerings. Many times I would go up a couple of hours early so that I could just look through the collection.

One of the plants that appeared repeatedly in the drawings was Cymbidium insigne. At least eight different cultivars of this species had been awarded between 1907 and 1931. This is an impressive record for a species. Below is a list of those early awards.

Interestingly, some of these cultivars still exist in cultivation! There are undoubtedly additional awarded plants, but these were only the ones conferred by the RHS Orchid Committee in the early years.

You will know by now that it is my penchant to seek out the more ‘interesting’ plants, be they species, primary hybrids or what are affectionately known as ‘Vintage’ hybrids. Now I know that Andy has said that he would happily have a collection of five C. insigne cultivars in preference to a collection of 500 various forms of the other species. For his sake and for anyone else that is interested, I have photographed seven forms of C. insigne subsp. insigne, a small portion of the numerous forms that I presently grow. At some later date I will include the others, including various forms of C. insigne subsp. siedenfadenii, a more recently described subsp. from . 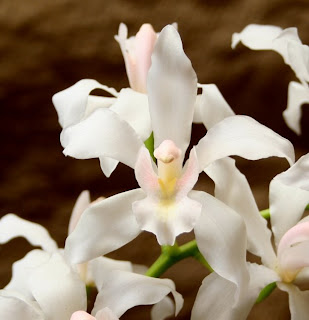 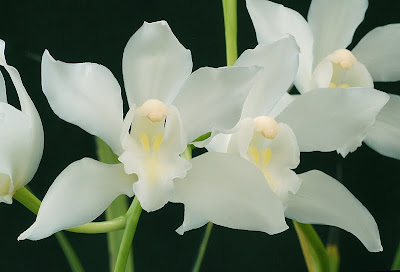 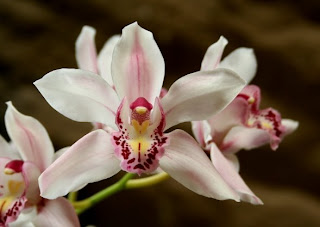 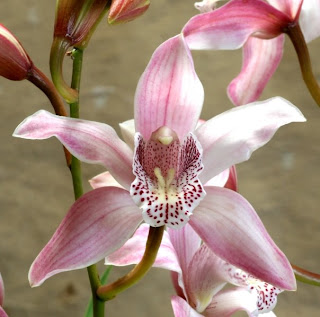 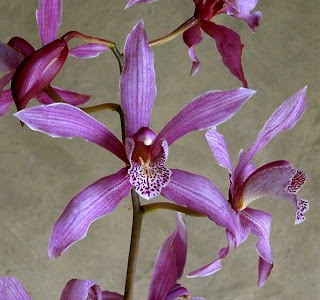 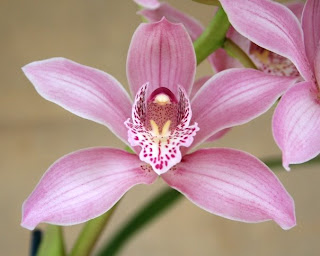 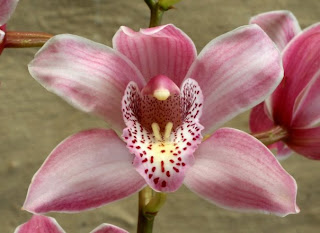 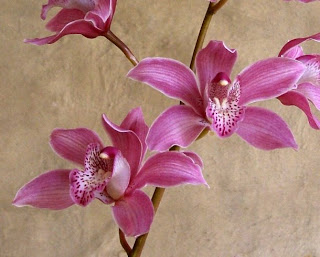 Cymbidium insigne 'Rosa'
Posted by Chuckie at 4:05 AM

Thank-you for a bitterweet story with a wondefully happy ending! You have an incredible gift of storytelling embellished with beautifully sublime photography.